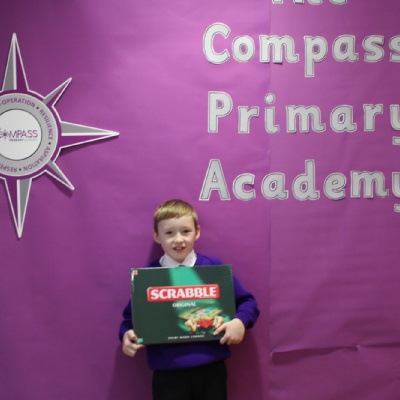 In the build up to the final every child took a spelling test to decide the champion of each class. The winners then competed against each other to decide the year group champions, who went head to head in front of their peers.

The Key Stage 1 final was between Cassia, Olivia and Scarlet. Each of them had to complete 20 spellings. It proved impossible to decipher a winner between Olivia and Cassia and so the two of them were named joint champions.

In Key Stage 2 the contestants were Ethan, Nirija and Arany. It took many spellings to decipher a winner but in the end Ethan was crowned our champion.

Assistant Principal Mr Chris Woolhouse said ‘the standard of spelling was incredible, well done to everyone who took part. Keep practising as next term you may be the winner!’